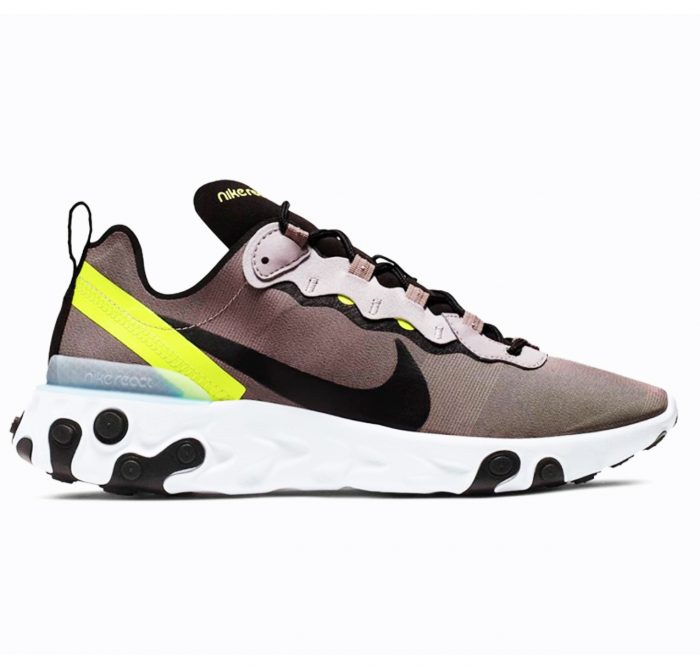 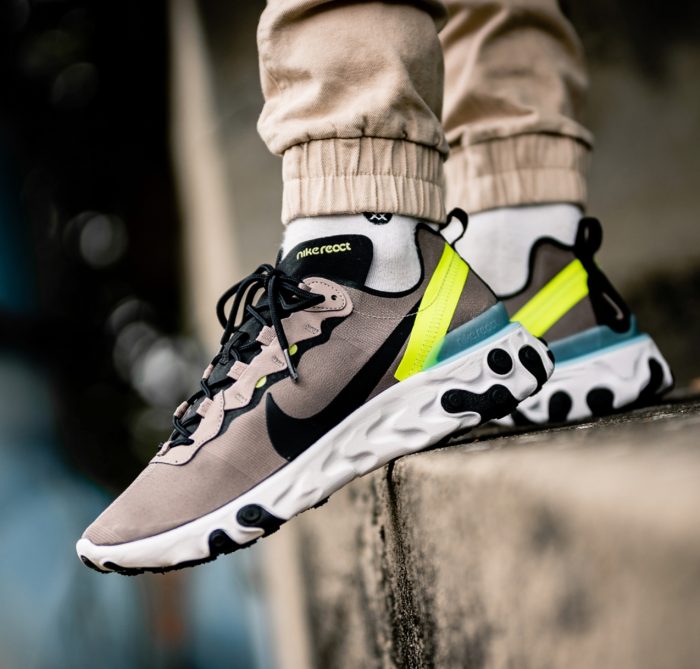 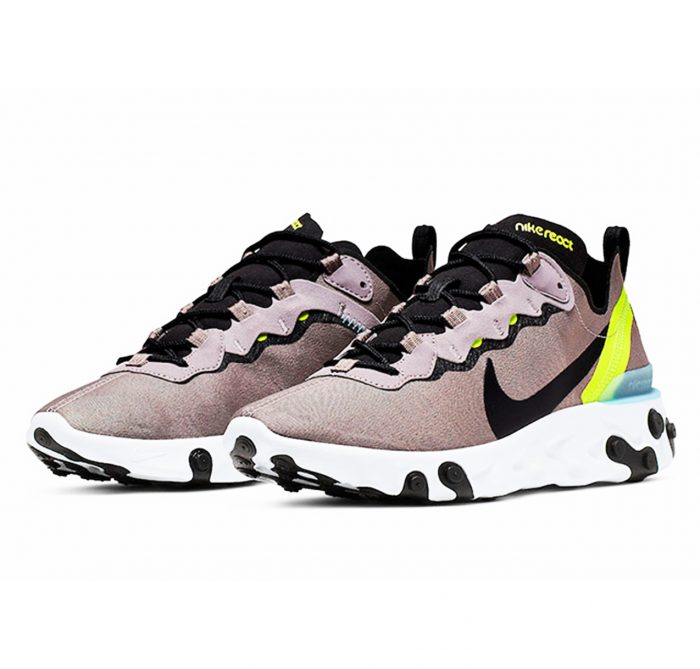 Even though it’s only been on the market for a relatively short time, Nike’s React Element 55 has become one of their most popular lifestyle silhouettes, and now it’s surfaced in a new colorway that combines tones both earthy and eclectic. A brownish-grey pumice is used for the base, while a stark black provides accents on the tongue, throat, and low-slung midfoot Swoosh. However, the muted stylings meet their end there, as bold pops of volt appear to accent the tongue and the heel taping. A chilly translucent blue is then used on the plastic heel clip to add a little extra color into the mix. Down below, the look is finalized by a straightforward-yet-effective white React foam midsole, complete with black plugs.