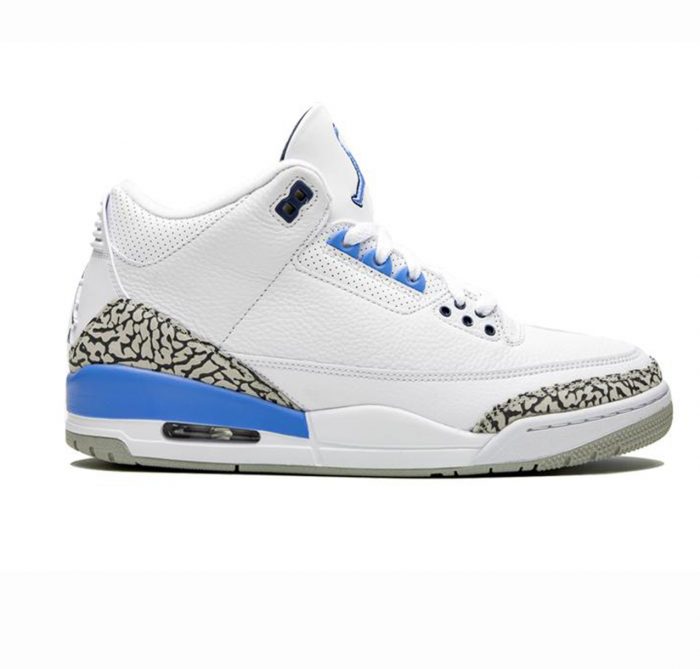 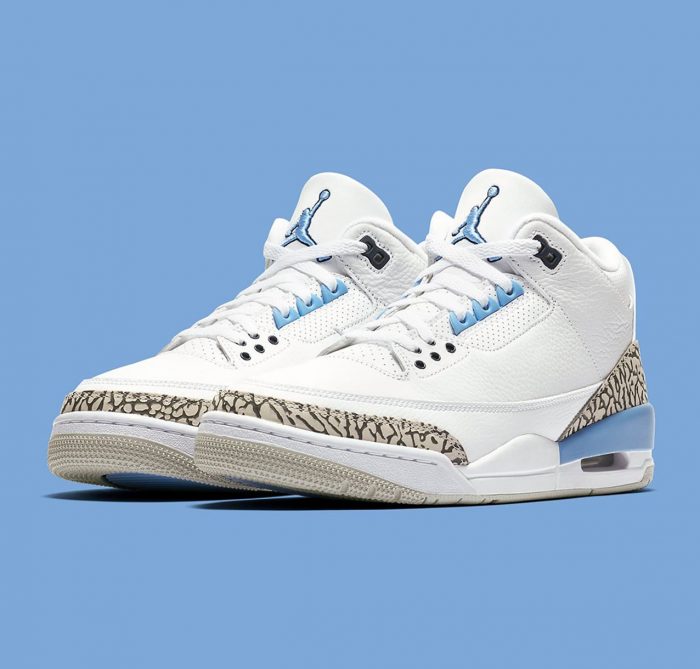 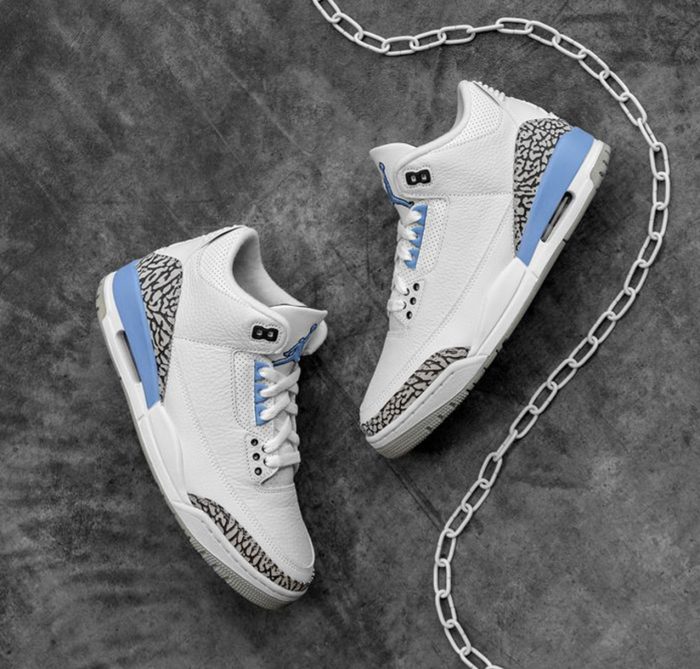 Apart from the Air Jordan 2 “Rivals” colorway that released two days ago, the other retro that will be headlining this first week of March releases is the Air Jordan 3. Designed by the hands of the great Tinker Hatfield, the classic silhouette is receiving a follow up to its recent All-Star Weekend focused drops, and opts to dress in matching tones symbolic of Chapel Hill’s University of North Carolina. The institution that Michael Jordan attended for his collegiate career is being translated through Tar Heel tones as the arrangement involves a blend of white leathers and “Valor Blue” accents atop the pair’s higher lace loops, and Jumpman tongue embellishments on the base constructions. Down below, the midsole rear pieces carry the same complementary blue which further expands its ability to evoke memories of #23’s game-winning jumper during the 1982 NCAA championship.